Kilian Jornet has crowned a new peak in his list of dreams. It was the Aconcagua, where he has set a new ascent and descent speed record. With a time of 12h49′, the athlete has completed the penultimate challenge in the project Summits of My Life.

Kilian Jornet has crowned a new peak in his list of dreams. It was the Aconcagua, where he has set a new ascent and descent speed record. With a time of 12h49′, the athlete has completed the penultimate challenge in the project Summits of My Life.

Jornet completed the challenge yesterday after a failed attempt last Friday, when he was forced to turn back at a height of about 6,500 meters due to bad weather, with gusts of wind of more than 90km / h.

The weather was favourable yesterday and so the athlete was able to complete the ascent and descent on Aconcagua, the highest peak in America (6,962m). He took the conventional 59,85km route with a total climb of 3,962m. However, the major challenge Kilian Jornet had to face was altitiude, close to 7,000m, ‘We spent almost two weeks in the area, but we would have probably needed a few more to be in the best possible condition. I was greatly affected by altitude, especially from 6,500m onwards, when I felt my brain was being compressed and I found it difficult to advance.’

Following the philosophy underlying the other challenges he has attempted in his project, Jornet decided to start the ascent from the last inhabited place, the cabin of the park guards in Horcones (2,900m). He set off at 6 am after having three pieces of toast with dulce de leche, a typical Argentinian sweet, for breakfast.

Ahead were 23km and 1,400m of climb up to Plaza de Mulas (4,300m), the base camp of Mount Aconcagua. That is the place where most expeditions begin the ascent, which gradually climbs up and past some refuge cabins to the top. Kilian Jornet completed that stretch in 3h15′. On arriving at Plaza de Mulas he had a 15-minute stop to have something to eat and drink. From there, the ascent to the summit began. Kilian Jornet explained: ‘My idea was to start with a gentle climb trying to preserve my strength for the descent. That’s why I decided to stop, rest and gain forces for the next stage.’

Jornet climbed up to Nido de Cóndores (5,550m), which he reached some five hours after departure. Then he started the last kilometres to reach the summit. To do that, he would have to overcome 1,463m of added altitude difference and, foremost, a height of 6,500 meters. Jornet explained: ‘At such altitude, I realized height was beginning to have an effect on me. I wasn’t able to keep my balance and was constantly slipping on the icy snow. So, I decided to move slowly, knowing that I still had a long way ahead.’ He was at nearly 6,600 meters at Cueva del Guananco, and his time was 7h40’. Jornet finally managed to reach the summit (6,962m) after 8h45′ of effort. He remained there for fifteen minutes: ‘I used that time to gain strength before the descent. The summit was the culmination of the work we had been doing all these days. I could also enjoy the incredible views from the south face of the Aconcagua.’

As he explained, he still had to face the descent: ‘I suffered from altitude sickness all the way to Plaza de Mulas. I kept losing my balance, my muscles seemed unwilling to follow my head and made me fall. At Plaza de Mulas I stopped for twenty minutes. I had something to eat, hydrated well and I gradually began to feel a bit better. Ahead was the descent to Horcones, where I was able to run well and ended up making good time.’ Kilian reached Plaza de Mulas after 10h10′. When he finally got back to Horcones the stopwatch marked 12h49′.

Thus, Kilian Jornet has surpassed all records established to date and has become the fastest man to complete the journey.

Mountain runner Emelie Forsberg and cameramen Seb Montaz and Vivian Bruchez, the latter also being security adviser, accompanied Kilian in this challenge. Emelie Forsberg was present at departure and arrival in Horcones. Meanwhile, Seb Montaz and Vivian Bruchez were located above El Nido del Cóndor (5,500m) to film the ascent. According to Seb Montaz: ‘I saw Kilian suffering a lot above 6.500m. At the same time, he seemed very conscious and determined to accomplish the challenge. We could not be prouder of how things have turned out.’

Kilian Jornet, meanwhile, explained: ‘This is a team project. I am very happy to have been able to share two weeks with Seb, Vivian and Emelie. We prepared the challenge together and we all coordinated for the shoot. I want to thank the whole team for their great efforts and also all the people who have been following the project from different corners around the world.’

With this new challenge Kilian Jornet completes the third year of his project Summits of My Life, after also setting a new record on McKinley (Alaska) in 2014.

Acclimatization and arrival in Argentina

Kilian Jornet and the rest of the team arrived in Argentina on 8th December. They spent the first few days in Mendoza, the fourth largest city in the country, where a presentation of the film was held. On December 9th, the journey to Mount Aconcagua base camp started. Upon arrival at Puente del Inca, the team members rode on mules up to Plaza de Mulas base camp at 4,400m. From that day, Jornet’s main goal was to acclimatize as much as possible to assure a successful attempt on the summit. Thus, he made several ascents increasingly higher to get his body used to the altitude. He slept several days in a bivouac. All of this preparation, without pushing it too much, so as to be in shape on the record day.

Summits of My Life, Kilian Jornet’s personal project began in 2012. Since then, he has attempted up to seven challenges around the world. The last stop will be in 2015. It will be Mount Everest, the highest peak in the world. Kilian will attempt the ascent and descent of this peak following, once more, the values underlying his project.

The 6 nominated ascents for 2013 Piolets d’Or 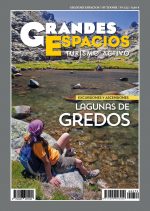 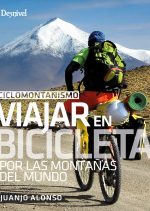 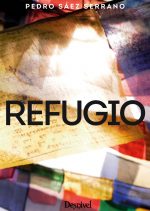