The 6 nominated ascents for 2013 Piolets d’Or

The Japanese first ascent of Kyashar south pillar, Mick Fowler and Paul Ramsden’s Prow of Shiva, the Russian northeast spur of Muztagh Tower, Kyle Dempster and Hayden Kannedy’s The Ogre, the French first ascent of Kamet and the Nanga Parbat’s Mazeno ridge will aim for the 2013 Piolet d’Or.

The Piolets d’Or organization has revealed the list of 6 ascents nominated for the awards in their 21st edition. These are the half dozen achievements which best embody the spirit of light committed exploring alpinism according to the jury consisting of Stephen Venables, Silvo Karo, Katsukata ‘Jumbo’ Yokoyama and Gerlinde Kaltenbrunner.

The members of the jury have chosen among the more than 70 ascents included in the previous Super Big List. On the other side, Kurt Diemberger will receive the Piolet Carriere award, recognising his whole carrier. Following, the considerations made by the organization in its release:

2012 has been an exceptional year for international Alpinism, as demonstrated by the numerous great achievements listed by the Piolets d’Or technical committee. Mountaineers from all over the world have proved that impressive modern challenges can be overcome by small teams climbing on the highest mountains, using a very light, respectful style, and leaving no trace. Many first ascents have been achieved in pure alpine style.

Team spirit, exploration, risk management, high technical difficulty, total commitment: the true meaning of adventure will define the forthcoming Piolets d’Or, which will take place in Chamonix and Courmayeur. An international jury comprised of four extremely experienced alpinists, and presided by Stephen Venables from the UK, have chosen to nominate six outstanding achievements from last year: three of these took place in the Pakistan Karakoram-Himalaya, which shows how much potential there is for the future of modern alpinism in this remote range of high snowy mountains and dramatic granite peaks in the northwest of the country.

The protagonists of the nominated ascents will be in Chamonix and Courmayeur from the 3rd to the 6th of April to present their achievements, meet the public and – maybe – receive a Piolet d’Or.

A coveted line, having been the goal of at least seven previous expeditions, the first ascent of the 2,200m south pillar of Kyashar was one of the finest technical alpine-style climbs in Nepal last autumn. Tatsuya Aoki, Yasuhiro Hanatani and Hiroyoshi Manome (Japan) took six days to climb this elegant line to the summit, making only the second known ascent of the mountain. A crux section of ridge on the fifth day was deemed irreversible, adding to the commitment. The three descended the west ridge with one further bivouac.

Elegance summarizes the traverse of this mountain east of Kishtwar, effected via the arrowlike northeast ridge, dubbed the Prow of Shiva, followed by a descent of the south ridge. It was the fifth known ascent of the mountain. Mick Fowler and Paul Ramsden (UK), 2003 recipients of a Piolet d’Or, completed a traverse in a nine-day round trip from base camp, finding sustained climbing on the Prow, which ranged from numerous pitches up icy cracks in Chamonix-style granite to long, protectionless leads on thinly-iced slabs reminiscent of winter climbing on Ben Nevis.

Much discussed, though never previously attempted, the 2,000m northeast spur of this iconic Karakoram peak took Russians Dmitry Golovchenko, Alexander Lange and Sergey Nilov (Russia) 17 days to complete. The three climbed alpine-style but took a large haul bag of food and fuel, a strategy which allowed them to sit out, or persevere slowly through bad weather. The technical crux proved to be the very steep rock barrier between 6,600m and 6,900m. Supplies ran out shortly before they gained the main (east) summit, and in bad weather they were unable to reach the northwest ridge, their planned descent. Instead, they came straight down the north face.

The Ogre is one of the most celebrated of the world’s mountains yet until last year had been summited only twice, and never from the south, despite many attempts. Kyle Dempster, Hayden Kennedy, and Josh Wharton (USA) chose a cunning line up the southeast ridge to southeast face to south face. Gaining the upper south face involved a steep traverse across complete rubble and, higher, they overcame hard sections of mixed ground. From a bivouac at 6,900m, Dempster and Kennedy reached the summit but then had to make a difficult descent with an unwell Wharton.

Kamet is the highest mountain in India for which it is currently possible to gain a permit, and the ca 2,000m southwest face was previously unattempted. After establishing an advanced base in the glacier bowl below this steep mixed wall, Sébastien Bohin, Didier Jourdain, Sébastien Moatti and Sébastien Ratel (France) climbed it, alpine-style, in five days. They found conditions excellent and connected a succession of steep snow fields linked by often vertical ice pitches to reach a bivouac on the south ridge at 7,500m. The summit day presented unexpected difficulties, after which the team descended to the bivouac and next day went down the previously untouched south face.

The complete Mazeno Ridge of Nanga Parbat was undoubtedly one of the most famous unclimbed lines on the great peaks of the Karakoram/Himalaya, having been attempted many times, and by some of the world’s greatest mountaineers. It is arguably the longest ridge on any of the 8,000m peaks, variously quoted as 10-13km. Veteran Himalayan activists Sandy Allan and Rick Allen (UK), accompanied for much of the way by Cathy O’Dowd (S Africa), Lhakpa Rangdu Sherpa, Lhakpa Zarok Sherpa and Lhakpa Nuru Sherpa (Nepal), took a pragmatic approach to this huge undertaking by acclimatizing on the first section of the ridge, before setting off alpine-style from base camp. They crossed all eight Mazeno summits, and from a bivouac at 7,200m made an unsuccessful attempt on the unclimbed continuation of the ridge direct to the top. At this point all but Allan and Allen gave up and made a difficult descent to the south. The British pair eventually traversed the north flank to the summit and made a difficult descent of the Normal Route on the north flank, reaching the bottom after a traverse lasting 18 days. 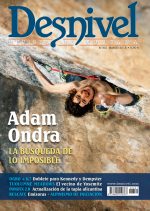 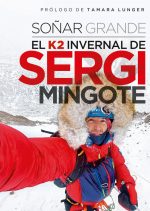 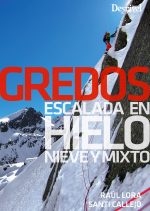 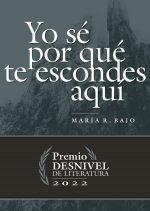 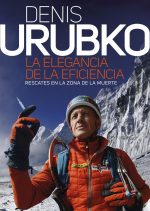 Brette Harrington vuelve a ‘Riders on the storm’ c…